Project 'Digital Cultural Heritage – Creating a Platform for Digitisation of Museum Collections in the Małopolska Region'.

The aim of the project 'Digital Cultural Heritage...' is to provide online access to museum collections by creating a platform for digitisation in seven important cultural institutions from the Małopolska region. The project is designed to protect and promote cultural assets using modern technologies. The digitization of the most valuable objects from the National Museum in Krakow and its partner institutions, as well as their dissemination, enable the presentation of works of art in a virtual form, easily accessible to everyone.

The virtual addressee has thus gained easy and direct access to information on about approximately 54,000 most valuable works of art presented on an interactive multimedia Internet platform: www.kultura.malopolska.pl

The platform provides an opportunity to explore the cultural heritage resources, the vast majority of which is not made available to the public on a daily basis. The joint website of all the project participants is based on one programme for the compilation of Małopolska's collections, a common glossary of key terms, and unified standards for descriptions of exhibits. Anyone interested will be able to discover and explore the wealth of Małopolska's culture and history. As a source of knowledge, in-depth reflection and inspiration, the portal will enable the inhabitants of the region to shape their identity stemming from the values, wealth and uniqueness of this culture.

Dates for project implementation: 01 April 2011 – 31 March 2014. Project duration: 2014-2019. The project is co-financed by the European Union from the funds of the European Regional Development Fund under the Małopolska Regional Operational Programme for 2007-2013.

Text: on the basis of materials compiled by Luiza Fijałkowska, Joanna Niewidok

The project 'Digital Cultural Heritage – Creating a Platform for Digitisation of Museum Collections in the Małopolska Region', carried out at the Juliusz Słowacki Theatre in Krakow, enabled the digitisation of some of the priceless collections of the Artistic Archives and the Theatre Library, the dissemination of educational and academic information on the most interesting objects and, ultimately, the creation of an electronic inventory. In the period of project implementation from January to March 2012, 15,000 posters of the Krakow theatre from between 1865 to 1893, and the Municipal Theatre (presently the Juliusz Słowacki Theatre in Krakow) from between 1893 to 1945 were digitised, providing invaluable documentation of history of these stages and of the city itself. In the years 2012-2014, 15,000 electronic descriptions of the digitised objects were created.

The unique collection consists of two subgroups. The first one dates back to 1865-1893 and includes posters of the former Polski Theatre and Krakow Theatre in Jagiellońska Street, which belonged to the so-called Koźmianowska Library – named after Stanisław Koźmian, a long-term director and artistic manager of the then Krakow stage. In 1893, the library of the Krakow Theatre, which was about to be closed down, was purchased along with a collection of posters by Tadeusz Pawlikowski – the first director of the Municipal Theatre (later named after Juliusz Słowacki) and has been carefully preserved ever since for almost 120 years. The second part of the collection consists of daily playbills published after 1893 by the Municipal Theatre and the Juliusz Słowacki Theatre. They constitute a priceless memento of the history of the Krakow stages. The jewel of the collection are posters from the performances of Helena Modrzejewska and Wincenty Rapacki dating back to the 1860s, posters from the inauguration of the new Municipal Theatre (21 October 1893), world premieres of Stanisław Wyspiański's dramas – La Varsovienne (1898), Wedding (1901), Liberation, Boleslaus the Bold, Protesilas and Laodamia (1903), posters from the first productions of Kordian in Poland (1899), Forefathers' Eve (1901), The Un-Divine Comedy (1902), and from the avant-garde productions of the 1920s, including Witkacy's dramaturgical debut in professional theatre – the premiere of Tumor Brainowicz (1921). Many posters constitute outstanding works of typographic art, such as Maeterlinck's Interior which features a drawing by Stanisław Wyspiański. Some of them document important historical events, such as the surviving prints from performances staged just after the outbreak of the First World War, from ceremonial performances on the occasion of regaining independence in 1918, or of the death of Józef Piłsudski, and from the autumn of 1939, when posters in Polish and German were printed under the supervision of the occupying authorities.

The posters digitised as part of the project 'DIGITAL CULTURAL HERITAGE...' feature numerous examples of exceptional historical significance, e.g. from the world premieres of J. Słowacki's Kordian in 1899, A. Mickiewicz's Forefathers Eve staged by S. Wyspiański in 1901, Z. Krasiński's Un-Divine Comedy in 1902, the legendary world premieres of Stanisław Wyspiański's Wedding in 1901, Liberation and Boleslaus the Bold in 1903, and the debut of Stanisław Ignacy Witkiewicz known as 'Witkacy' in 1921. The collection also contains playbills from the days of the outbreak of the First and Second World Wars, from the ceremonial performances after the announcement of the Act of the 5 November 1916, from 11 November 1918, as well as posters announcing funeral ceremonies after the death of Marshall Piłsudski, playbills from the times of the occupation and many other important events. 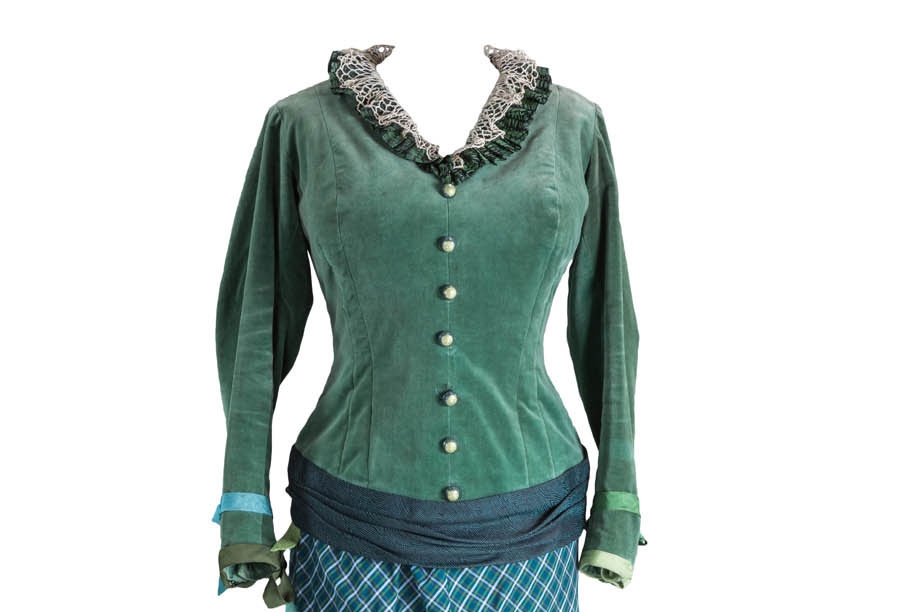