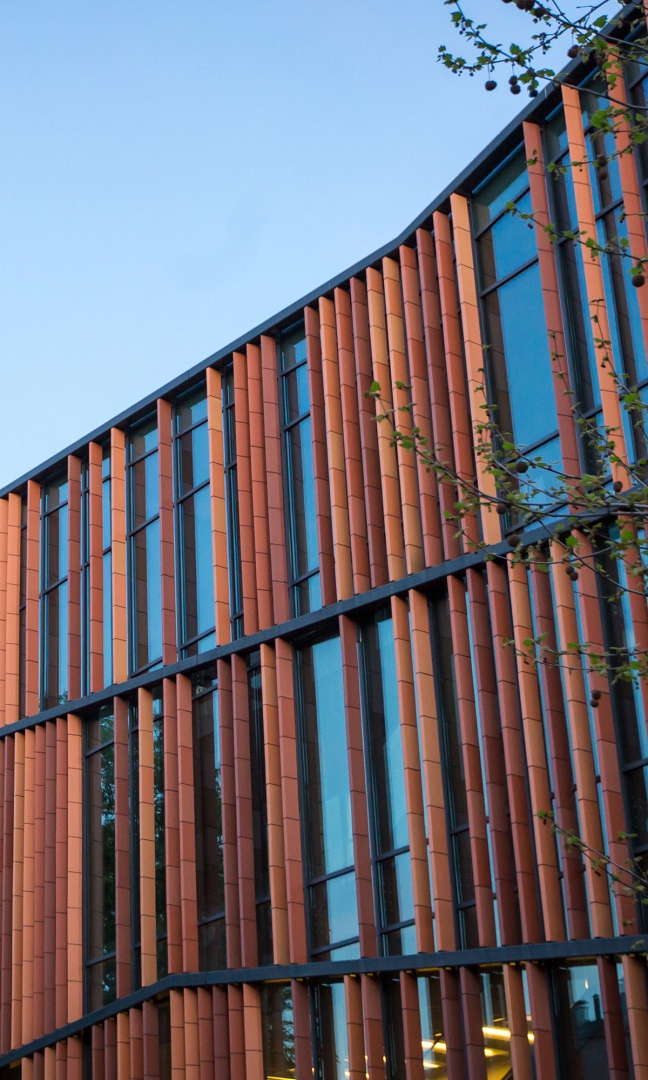 The Małopolska Garden of Art is a space open to artists looking for a new theatrical language and new forms of interactions with the audience.

It is the most experimental space of the Juliusz Słowacki Theatre in Krakow. Here, the viewers can break with their habits and try to find themselves in a situation requiring interaction with the authors. The artists, operating at the crossroads of diverse arts, seek inspiration from various artistic areas, with particular emphasis on music and visual elements. MOS combines sound, theatre, installation and multimedia art. It is becoming not only a place where artists looking for a new language for performing arts can prosper, but also a place of promotional events and cooperation with numerous Krakow cultural initiatives.

Following the latest world trends, the Słowacki Theatre creates an open facility, the spaces of which are meant to be a meeting place for youth, children, people with disabilities, the elderly, as well as professionals, artists and enthusiasts of various fields of modern art.

The property, located between Rajska and Szujskiego Streets – a former roller skating rink and horse riding centre – was adapted in 1906 for people's theatre run by Franciszek Frączkowski. In this pioneering period, the peak of its success came in the 1904/1905 season, when outstanding drama authors, including Stanisław Wyspiański and Gabriela Zapolska, conflicted with Józef Kotarbiński – the director of the Municipal Theatre (later called the Słowacki Theatre), transferred their plays from the Holy Spirit Square [Plac Św. Ducha] to the people's stage in Rajska Street. It attracted large audiences, had a good acting ensemble and offered Stefan Jaracz, Juliusz Osterwa, Zygmunt Nowakowski and others an opportunity to debut. Between 1912 and 1914, the building was empty. Opened anew in 1914, on the initiative of the Polish Journalists' Syndicate headed by Stefan Turski, the theatre ceased its activity again after seven months due to the outbreak of the war. In March 1915, a licence to put on performances was granted to Tadeusz Konczyński. In the summer of 1916, when the Ludowy Theatre became a municipal institution, the reconstruction of the building began.

In September 1916, no. 12 Rajska Street became the seat of the Municipal Ludowy Theatre, connected to the J. Słowacki Theatre by the joint directorate of Adam Grzymała-Siedlecki. Its stars included: Katarzyna Sawicka-Feldmanowa, Aniela Kolman, Adolfina Zimajer, Jadwiga Czechowska, Franciszek Frączkowski, Tadeusz Pilarski (senior), Kazimierz Korecki, Robert Boelke, Jan Kucharski, Antoni Rychter and others. The popular repertoire also left room for masterpieces, including the staging of Adam Mickiewicz's Forefathers' Eve. In 1918, Ludowy Theatre and the Juliusz Słowacki Theatre were separated. In the years 1918-1921, no. 12 Rajska Street housed the Municipal Powszechny Theatre under the direction of Stanisław Jarniński, and later – Józef Wiśniowski. This institution, which combined its drama profile with a musical one (opera, operetta, vaudeville), could not withstand the competition from the Krakow Opera Society, which in 1921 was granted the building by the municipality, therefore between 1921 and 1924 it housed the Municipal Opera and Operetta. After its closure, until 1930, the building – still under reconstruction – was rented to private theatre entrepreneurs. It housed: Nowości Operetta (1924-1926, 1927-1928), Popularny Nowości Theatre (1926-27) under the direction of Tadeusz Pilarski, Gong Revue Theatres (1928-1929), Pantera (1929/1930), Wodewil (1930). In 1929, the municipality still co-financed further adaptation works, but in June 1931 it finally resigned from further investment in Rajska. After superficial modifications, the former auditorium was intended to serve as the Municipal Exhibition House, which was never created due to the poor condition of the building. The stage and the backstage were adapted for the decorations and props storehouse for the J. Słowacki Theatre, and one of the rooms was turned into a watchman's flat. During the war, the Germans used the building mainly as warehouses (see: D. Poskuta-Włodek, Dzieje teatru w Krakowie w latach 1918-1939, Zawodowe teatry dramatyczne, Kraków 2012). From 1946, it housed stage design workshops. Due to its poor condition, the building was fit either for general renovation or for complete revitalization. After many suggestions and discussions, an open competition was announced for the development of architectural and urban concepts for the reconstruction of the building at no. 12 Rajska Street in Krakow for the needs of the Małopolska Garden of Arts, combining the roles of a multifunctional theatre and entertainment hall, as well as a multimedia library. The competition was won by K. Ingarden and J. Ewy Architekci Ltd. The project was carried out thanks to the EU funds as part of the Małopolska Regional Operational Programme for years 2007-2013.

The reconstruction works took place from 2010 to 2012. They resulted in a modern culture facility, whose spectacular five-storey structure combines historical elements with modernity. Behind the glass facade one can see a fragment of the wall of the previous building. The wall was reconstructed using cleaned bricks, over a hundred years old.

Coordinator for the organization of events at the MOS
Agnieszka Goławska
email: golawska@mos.art.pl

Coordinator for the organization of events at the MOS
Dorota Grzywacz-Kmieć
tel. 669 237 231, email: kmiec@mos.art.pl