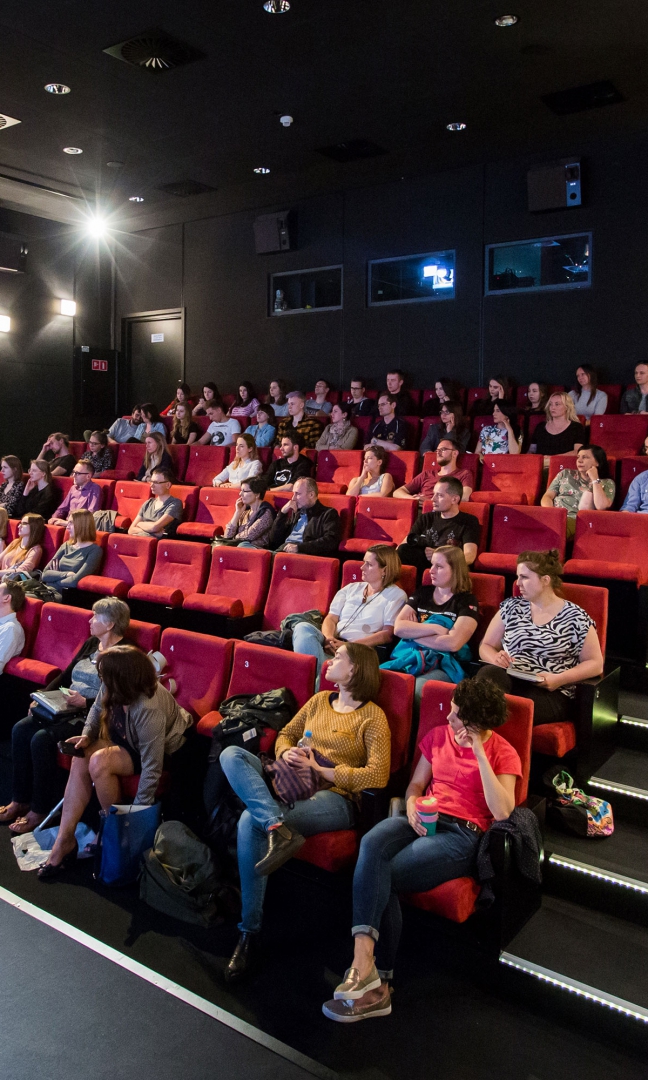 The space of the Małopolska Garden of Arts boasts a modern cinema hall, which offers 78 seats for viewers thirsty for high quality movies. The digital projector is adapted to traditional screenings and to films made in 3D technology.

The Małopolska Garden of Arts organizes its own film programme. Launched in 2013, Łukasz Maciejewski's series titled The Restored Masterpieces aims at presenting important achievements of Polish cinematography, films that have not been screened for a long time but which are undoubtedly worth remembering. The screenings are accompanied by meetings and discussions with invited guests who participated in the making of the films.

The Małopolska Garden of Arts together with the Pod Baranami Cinema co-organizes film screenings under the name of BARANY at MOS. As part of this cooperation, the viewers can see films from the current cinema repertoire at MOS.

Since 2013, the Etiuda&Anima International Film Festival, which is the oldest event of its kind in Poland, has also been held here, presenting the achievements of art school students from all over the world and the achievements of animation artists – both professionals and independent filmmakers.

The Restored Masterpieces are outstanding titles of Polish cinema selected by a well-known film critic, Łukasz Maciejewski, which have been unjustly forgotten. Each screening is accompanied by an introduction and a meeting with its authors.

is financed by the Ministry of Culture and National Heritage