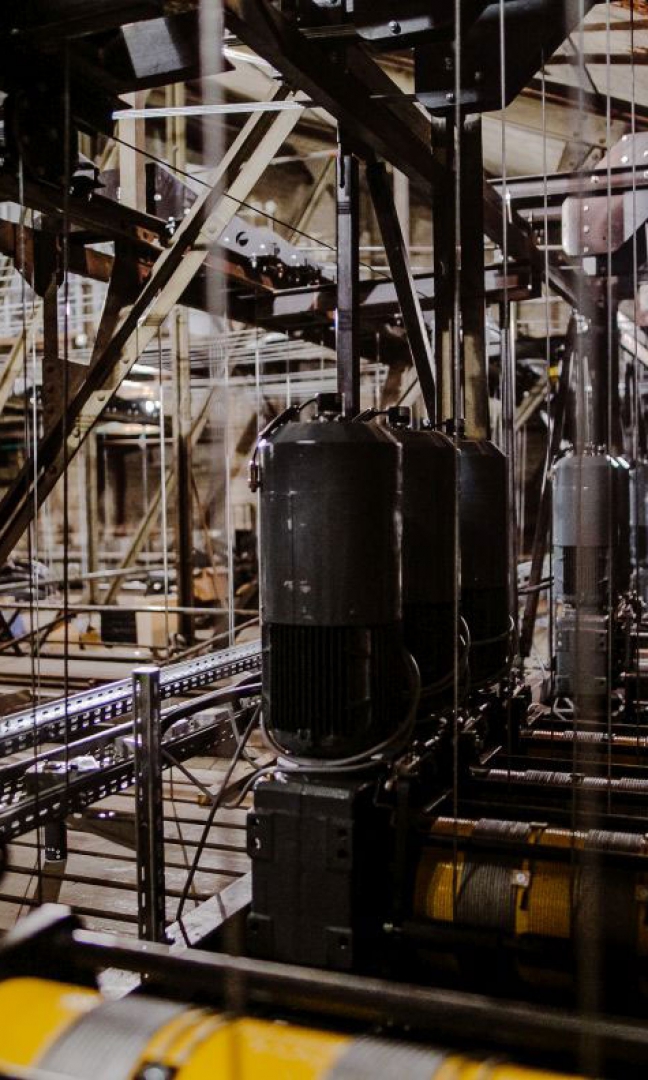 Modernization of technical infrastructure of the Theatre

The first stage of modernization of the technical infrastructure at the Słowacki Theatre financed with the funds from the Infrastructure and Environment Operational Programme has been completed.

In December 2017, the Juliusz Słowacki Theatre in Krakow received funds from the European Union for the project ‘Modernisation of the technical infrastructure of the Juliusz Słowacki Theatre in Krakow together with the purchase of equipment for cultural activities’. The amount obtained from the Infrastructure and Environment Operational Programme 2014-2020 was PLN 15,283,271.02, while the Małopolska Voivodeship provided its own contribution in the amount of PLN 3,888,850. The implementation of the project is spread over two years (2018 and 2019).

In the past year (2018), companies carrying out individual works within the first stage of modernization were selected after three tenders. Works commenced in July and lasted until the first days of October. The total value of purchases made in this period amounted to PLN 8,730,380.10 gross. The first stage of the Infrastructure and Environment Operational Programme project involved purchasing the lighting equipment for the Theatre’s Grand Stage, multimedia projectors, which will be used on all stages of the Theatre (the Grand Stage, the Miniatura Stage and MOS Stage), installing a new stage system along with the control system of the so-called rope room, and installing a rotating stage.

The purchase of lighting cost 2,184,553.80 PLN gross, including over 80 spotlights and a professional „follow/stop” light control system. The Grand Stage also received a rotating stage platform, which was already used in the premiere of Fern Flower on 6 December 2018. The most noticeable modernization change for the stage technicians working at the Theatre will be the electric control system of the so-called battens, which have so far been operated manually. The drivers used to pull and lower the elements of the stage on ropes – now the operation of the so-called rope room will be automated, but the former rope room will be preserved as a 125-year-old relic. The purchase and assembly of the stage mechanical equipment along with the control system for the Grand Stage cost PLN 4,034,400 gross. All the stages of the Theatre – the Grand Stage, the Miniatura Stage and the MOS Stage – have been equipped with multimedia projectors purchased for the sum of PLN 2,511,426.30 gross. Their functioning could be reviewed e.g. on 6 December 2018 during a mapping show on the building of the Słowacki Theatre at three different times: at 5 p.m., 7.45 p.m. and at 8.30 p.m.

The second stage of works in 2019 involves a replacement of the auditorium, including the replacement of the floor, armchairs and seats in the boxes. The new seats will be designed and constructed on the basis of a design by Jan Zawiejski, the main architect of the Słowacki Theatre in Krakow. The replacement of chairs in the auditorium will also result in the restoration of its original layout from 1893.
The Grand Stage of the Theatre will be additionally equipped with a mobile construction system allowing for aligning the auditorium level with the stage level, which will create additional scenographic possibilities, and will allow for other uses of the stage, e.g. for charity balls, etc. After many years of exclusion, the third floor of the auditorium will be used again, while the boxes on the ground floor will feature reconstructed furniture and fabrics from the fin de siecle period. The Miniatura Stage will also be refurbished and will receive newly purchased acoustic equipment.
Expenditures envisaged for 2019 will amount to approximately PLN 11 million.

More about the project>>