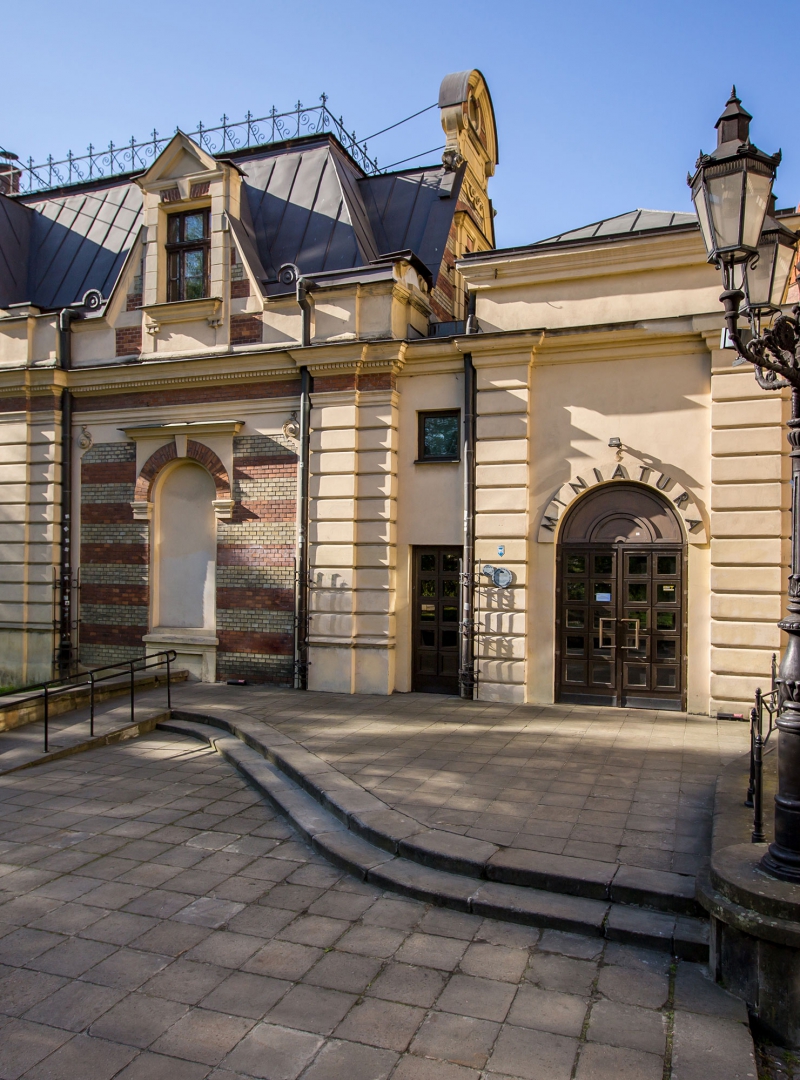 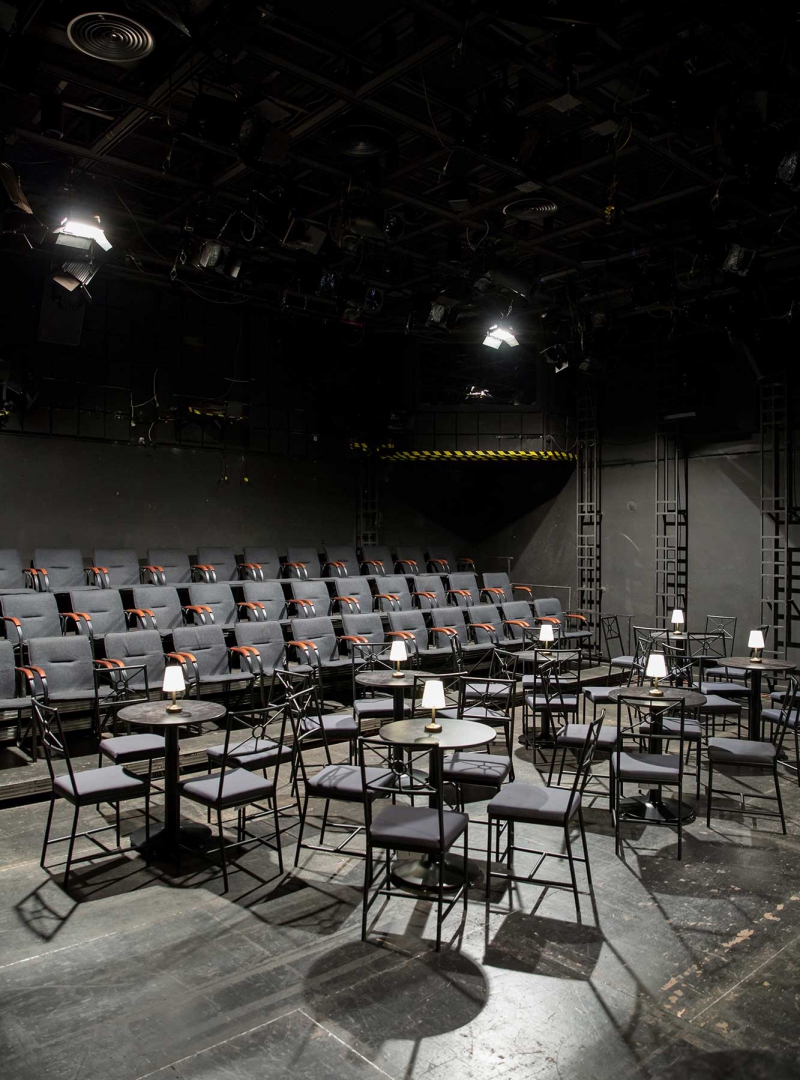 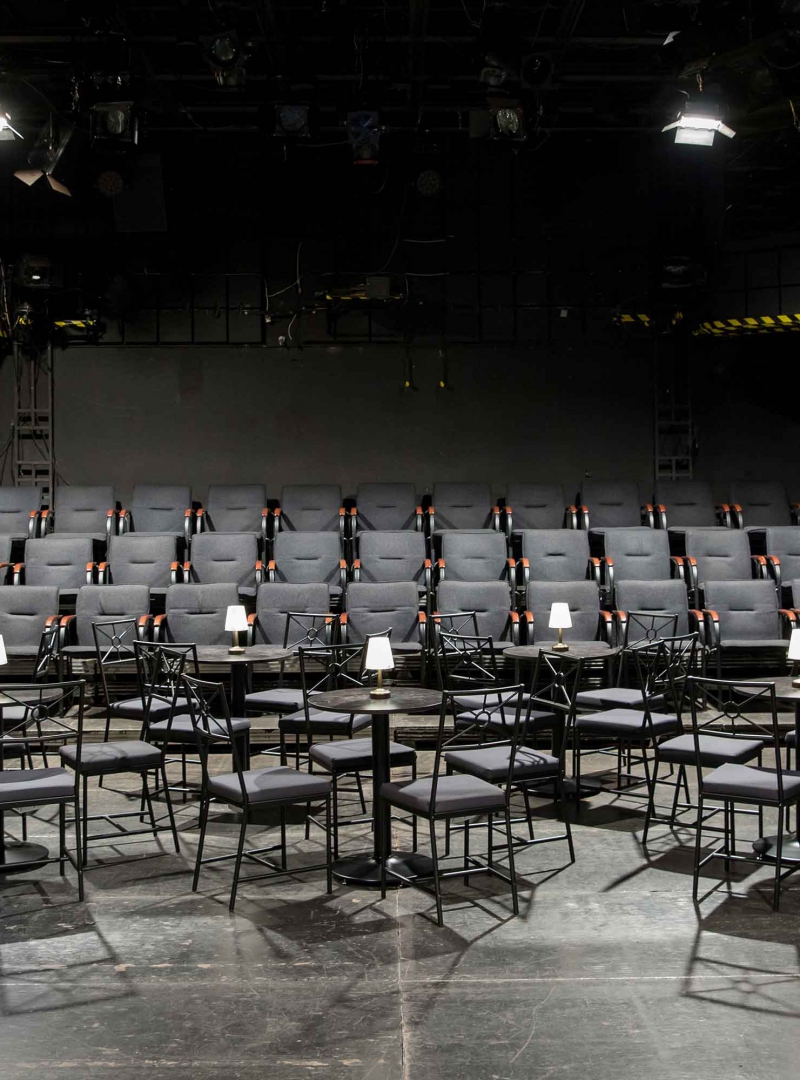 The Miniatura small stage of the Juliusz Słowacki Theatre in Krakow was opened on 27 March 1976. It was made to resemble a neo-Renaissance/Art Nouveau villa. Initially, it contained a power plant called 'the Machine House', built in 1893 for the exclusive use of the theatre. It was designed by Jan Zawiejski, the architect of the main building. In 1905, the theatre was connected to a municipal power station, and as a result, a paint shop was set up in the Machine House. In 1918, Zawiejski developed an unrealized project of demolishing the villa and expanding the theatre towards the Planty park. During the occupation, the Germans intended to implement a similar solution. However, the villa remained in its place.

The idea of transforming the building into a small stage was put forward by Director Bronisław Dąbrowski in the 1960s, and was implemented by Krystyna Skuszanka. The adaptation works lasted three years. In 1975, a competition for the name of the new stage was announced under the patronage of Dziennik Polski and the Krakow City Council. Over 700 proposals were submitted, including: Pod Kominem (Under a Chimney), Satelita (Satellite), Obok (Next Door), Osterwa, Skuszanki, Jaroszewska, Niebieska Gęś (Blue Goose), Wiewiórka (Squirrel). The actors suggested: Stara Malarnia (Old Paint Shop) or Magazyn (Warehouse). The adopted name was the one most frequently quoted in the plebiscite: Miniatura [Miniature]. The new stage was opened on 27 March 1976 with a performance by T. Mann's Fiorenzo and Mario and the Magician. Less than two months later, it was here that Krystian Lupa directed his debut performance, S. Mrożek's Slaughterhouse.

Today, the Miniature is the most intimate stage space of the Słowacki Theatre. It is used for small stage forms (often performed by young artists), performative readings, as well as theatre and philosophical meetings  as part of the Art of Thinking series.

The building of the former power plant of the Municipal Theatre is one of the sights of the Krako­w Route of Technology.