Theatre in the Młoda Polska Period

At the turn of the 19th and 20th centuries, the theatre in the Holy Spirit Square enjoyed its absolute heyday. Much of this was to the credit of its first directors – Tadeusz Pawlikowski, Józef Kotarbiński and Ludwik Solski – who were all very well-versed in the European trends and familiar with the local talents. 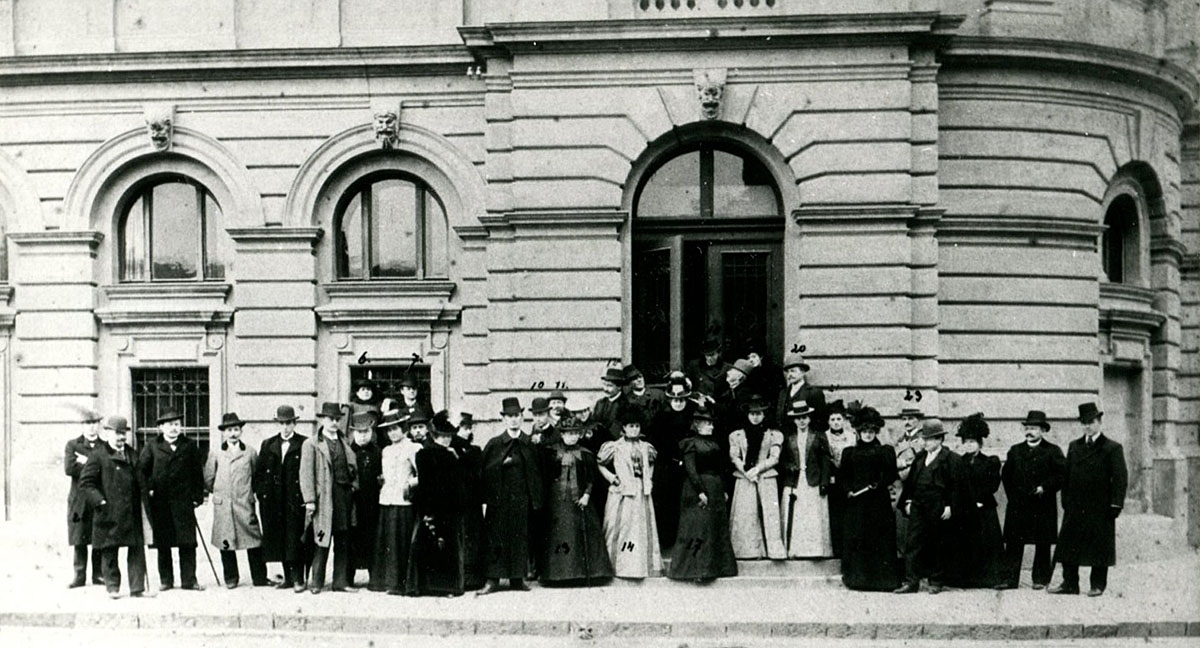 The company during the term of its first director – Tadeusz Pawlikowski, photograph from 1893, Archive of the Juliusz Słowacki Theatre.


One of the distinguishing features of the Krakow stage was its modern repertoire. Apart from the traditional range of titles, the theatre also staged the latest achievements in international drama, such as Ibsen, Maeterlinck, Hauptmann, Strindberg, Wilde and Chekhov. Then came the wave of authors from the Młoda Polska generation. The Municipal Theatre became a focal point for the city's artistic circles.


The Krakow theatre witnessed the formation of modern scenography, involving a coherent alignment of the visual appeal of the performance with its remaining elements – diction, music, and staging solutions for individual scenes. A new style of acting emerged, replacing the old 19th century convention. It was believed that an actor should be sensitive 'like a reed in the wind' to all subtleties of moods and feelings. The incorporation of the actor's individual personality into his image, the ambiguity of his roles, his natural way of speaking, the use of whisper, meaningful silence, inner tension, and contrasting emotions – all these means of expression emanated from Krakow to other Polish stages. Their pioneers included Wanda Siemaszkowa, Irena Solska, Andrzej Mielewski, Józef Śliwicki and Michał Tarasiewicz. Even the masters of traditional acting – Kazimierz Kamiński and Ludwik Solski – followed the trend.

The unique status of the Krakow theatre was determined by Stanisław Wyspiański – the most outstanding Polish artist of the turn of the centuries, a poet and a painter, and a brilliant stage designer endowed with a visionary imagination, who staged most of his works at the Municipal Theatre. His contributions are ranked alongside the achievements of the most prominent authors of the great reform of European theatre. They addressed both the present and the past, vilified the national flaws, provoked, and shocked the audiences with their new aesthetics.


The legendary world premiere of the Wedding on 16 March 1901 is one of the most memorable events in the entire history of Polish culture. As a stage director, Wyspiański combined the two most important trends of the then Krakow theatre – fascination with the new arts, and keen, albeit not uncritical, interest in the literature of the Romantic period. In 1901, he was the first to stage all parts of A. Mickiewicz's Forefathers' Eve. The event constituted one of the historic world premieres of the great romantic repertoire at the Municipal Theatre. In 1905, Wyspiański applied for the position of Theatre director. However, although the municipal authorities officially recognised the artist's greatness, they decided not to entrust him with the Krakow theatre, which outraged the public opinion. The person who competed against Wyspiański – and won – was an outstanding actor and director, Ludwik Solski. This did not affect their friendship – having taken over the management, Solski instantly invited the poet to cooperate, and staged many of his dramas.