After 1989, saving the theatre building from its potential technical death finally became possible. During Jerzy Golinski's directorship, an opportunity arose for the Słowacki Theatre to host the first prestigious conference in democratic Poland – the symposium of the Committee for Security and European Cooperation (CSCE). 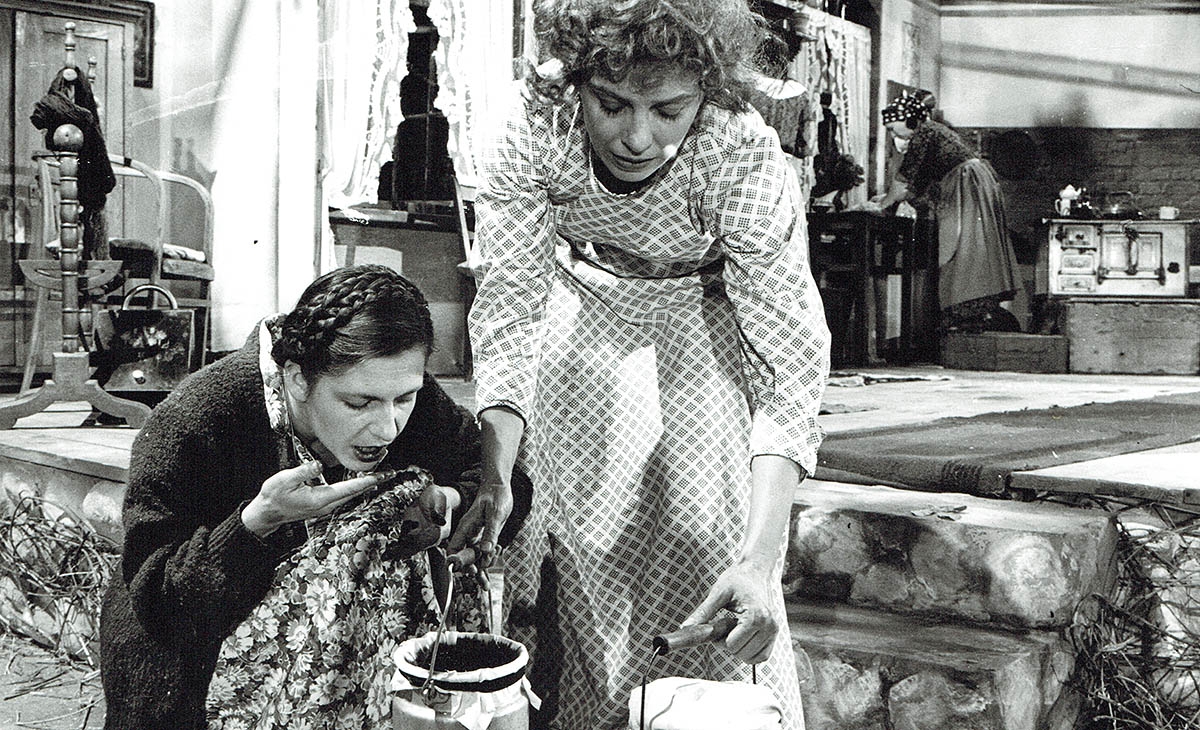 This gave impetus to a general overhaul of the Theatre. In addition to the renovation of its historic interiors, it involved replacement of installations, fitting an air-conditioning system, and construction of underground facilities. Throughout the 1990/91 season, extensive work was carried out by several dozen teams at the same time. When the seats and the flooring were removed from the auditorium, a temporary stage was constructed behind a lowered metal curtain on the stage itself, on which chairs were set up for the audience. The rehearsals went on among the noise and the working teams.

These conditions, however, did not deter the theatre from producing such plays as Shakespeare's The Tempest and T. Nowakowski's Camp of All Saints. In a collective effort to overcome the challenges, the actors began to form a united company yet again. In the second season of Goliński's directorship, the theatre returned to its normal routine and staged such plays as Wyspiański Curse, Fredro's Ladies and Hussars on the grand stage, while Ibsen's The Wild Duck and P. de Beaumarchais' The Marriage of Figaro were played on the Miniatura stage. Alongside Goliński, the directors included Mikołaj Grabowski, Anna Polony and Józef Opalski, as well as representatives of younger generation – Julia Wernio and Marek Fiedor.

The theatre is indebted to Jerzy Goliński not only for carrying out the first stage of the renovation and consolidating the ensemble, but also for the establishment of the Confraternity of Friends of the Grand Theatre in the Holy Spirit Square, which by enlisting financial support of the Polish diaspora in the USA contributed to the theatre restoration fund. In 1992, Bogdan Hussakowski – previously managing theatres in Opole and Łódź – took over the directorship, bringing along a large group of actors and his deputy director, Wiktor Herzig.

On 21 October 1993, the Theatre celebrated its 100th anniversary, and the centenary festivities attracted numerous guests from all over Poland. The jubilee performance directed by Gustaw Holoubek referred to the inaugural play and included fragments of Revenge, Balladyna and other dramas. 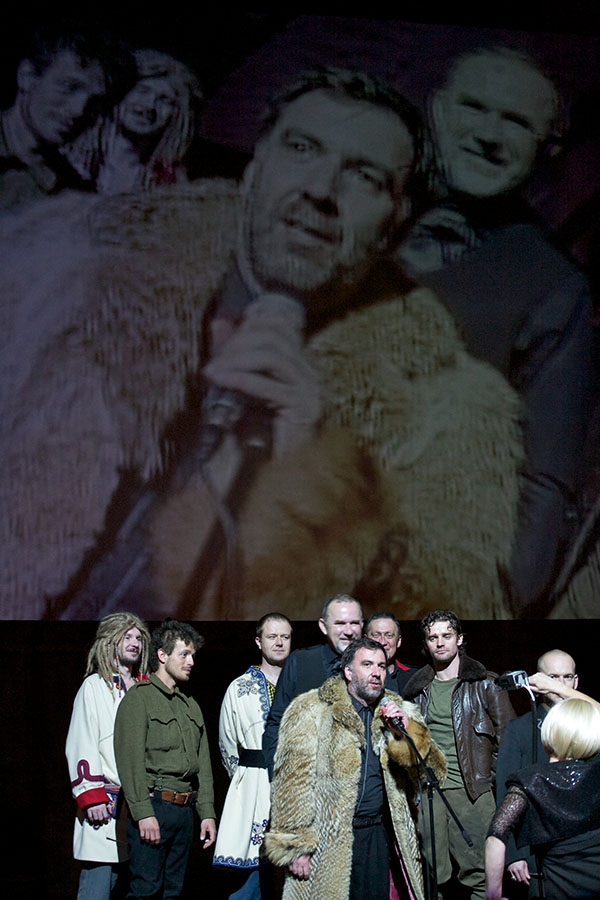 William Shakespeare's The Tragedy of Macbeth, directed by Redbad Klijnstra, 2010. In the middle: Radosław Krzyżowski as Macbeth

Bogdan Hussakowski's ambition was to compile an original repertoire based on contemporary drama and little-known classics. He put many premieres on the playbill, including G. Tabori's Goldberg Variations. R. Harwood's Taking Sides and a little-know play by E. O'Neill – Welded. Rarely staged plays by Corneille, Rojas or Valle-Inclán were also performed. Other valuable initiatives included the decision to invite the Russian director Valery Fokin to work at the theatre. His intimate rendition of Dostoyevsky's Bobok undoubtedly resulted in an outstanding performance. Another great success belonged to the brilliant ensemble cast in Citizen Pekoś by T. Słobodzianek, directed by Grabowski. Theatre plays were also directed by Jerzy Goliński, Giovanni Pampiglione, Maciej Prus, Waldemar Zawodziński, Tomasz Zygadło and others. Hussakowski launched the careers of several significant directors of the youngest generation, including Paweł Miśkiewicz, Bartosz Szydłowski and Remigiusz Brzyk. Hussakowski's personal accomplishments as a play director included Dancing at Lughmasa by B. Friel – a moving story about 'Irish Three Sisters', The Wedding by E. Canetti – an epic portrayal of the dwarfed bourgeois world, and Grand Magic by E. de Filippo – about the power of human illusions.

In the period from 1999 to 2016, the theatre was managed by Krzysztof Orzechowski. His directorship at the Juliusz Słowacki Theatre was the time of debuts of the now prominent directors, e.g. Maja Kleczewska. Other play directors included Barbara Sass, Katarzyna Deszcz, Magdalena Łazarkiewicz, Tadeusz Bradecki, Maciej Wojtyszko, Rudolf Zioło, as well as artists of the younger generation: Agata Duda-Gracz, Grzegorz Wiśniewski, Piotr Kruszczyński, Rafał Sabara, Maciej Sobociński.