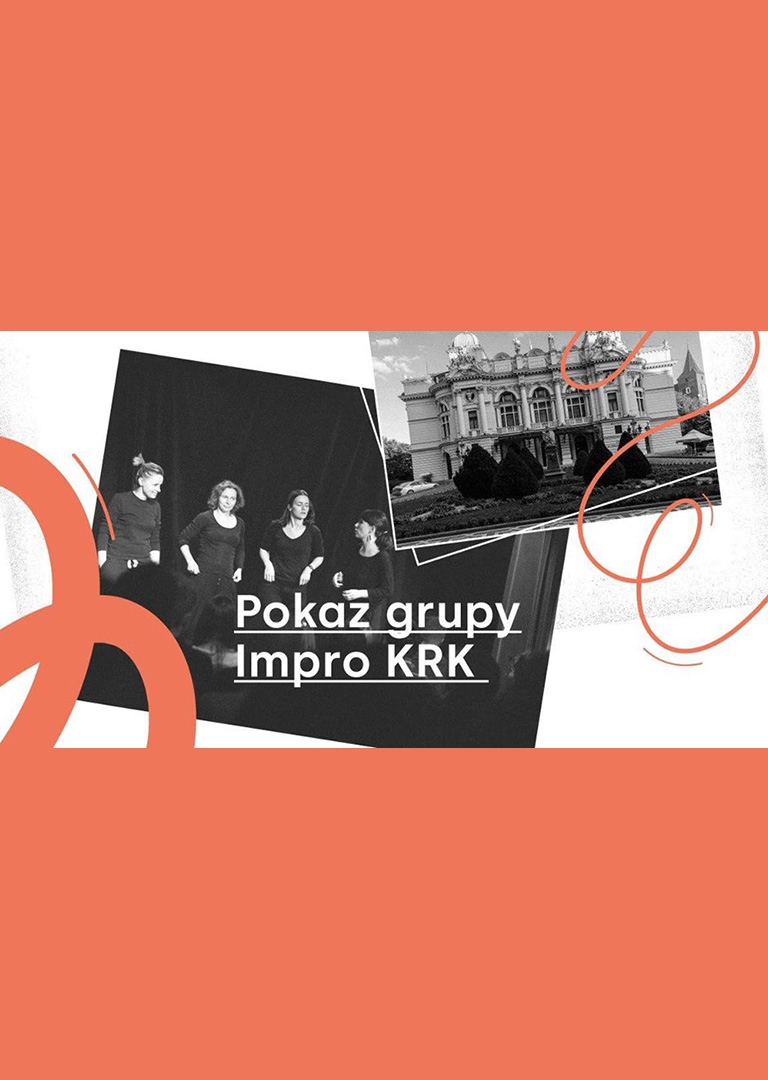 An improvised performance by the Impro Krk Group, based on spontaneity and creating a script in front of the audience.

The Impro Krk Group is a Krakow-based group of improvisers formed in June 2016. It consists mostly of professional actors, graduates of the Krakow's  Academy of Theatre Arts. They base their work on the method developed by Keith Johnstone, one of the pioneers of improvised theatre in the world. Their mentor is Steen Haakon Hansen, Johnstone's long-time friend and collaborator, who has often given workshops at the Łaźnia Nowa Theatre and recently also at Krakow's  Academy of Theatre Arts.

The performances are often inspired by suggestions coming from the audience, and there is no script as such. However, the plays are not always based on comedy, sometimes the audience can witness touching scenes inspired by reality. As a result, the viewers become witnesses of a unique experience. Globally, it has gained popularity through shows such as 'Whose line is it anyway?'.

Read all
[COPY] [COPY] [COPY] 1989 1989 [COPY] A Christmas Carol A Supposed Miracle, or Cracovians and Highlanders Act of Killing Agamemnon Balladyna Botticelli Danton Dragon! Fern flower Forefathers' Eve God of Carnage God, Me and Money Grub Hamlet I Am Happy and Laughing till I Cry IMPRO KRK Jacquerie Late Company Late Company [COPY] Love Madame Bovary Moron My Stay’s Almost Over and I’m Still Alone Mysteries of the 1900 Wedding OF TWO DOCTORS AND ONE PATIENT OF TWO DOCTORS AND ONE PATIENT [COPY] Old Testament – Reanimation On Cats ONE THOUSAND AND ONENIGHTS. Scheherazade 1979 Peter Pan and James Hook Polish-Russki War under the White-and-Red Flag Revenge Simona K. Crying in the Wilderness The Doll The Imaginary Invalid The Name of the Rose THE QUACK Winter Nesting