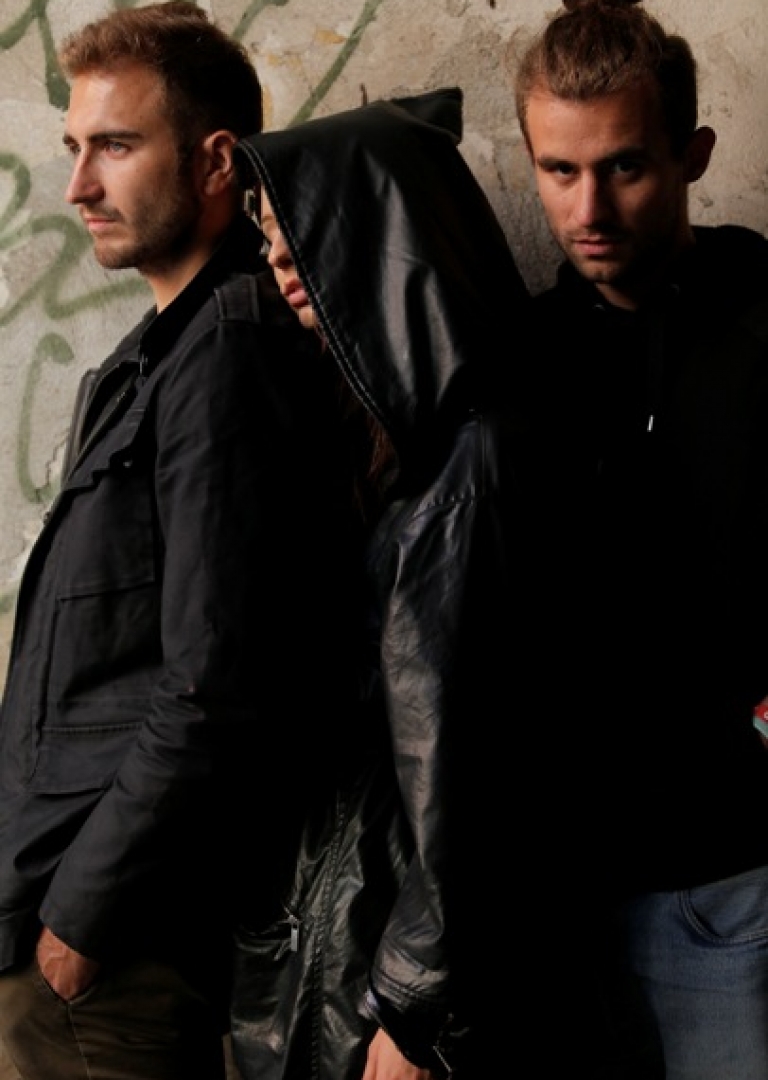 Have you ever dreamt of unlimited freedom? Of being able to do and say what you want and when you want? Do you long for a world in which everyone respects you? Or maybe it's time for a revolution?

What would your world be like if you could reconstruct it? What kind of law would you introduce? Does it sound like a worn-out trailer or an SMS? Or maybe just answer the questions. Log into the banality. After all, your life is not real either. You have been living in the net for a long time. So when one day you get a message 'We have a task for you' don't hesitate. Simply open it.

Utopia is a story of three young people who are united by a common goal – to install the Unreal on the hard disk of the world. Play for the Impossible. Nothing is going to stop them because they have nothing to lose. They will reach for the most radical means to achieve their goal – before they get to the Game Over point. Because life is a game, isn't it?

Utopia is the first part of the Trilogy of War, a series of stories about youth, freedom and fight for ideas.

The play was produced by Grupa Theatre in cooperation with the Powszechny Theatre in Warsaw and Stół Powszechny. It was created as part of the 'Postgraduate Actor Self-Formation Programme' carried out by the Jerzy Grotowski Institute in cooperation with the PWST Ludwik Solski National Academy of Theatre Arts, Branch in Wroclaw (presently: Stanisław Wyspiański Academy of Theatre Arts in Krakow, Branch in Wrocław).

Teatr Grupa was founded by the graduates of PWST in Krakow, Branch in Wrocław. The ensemble cooperates with cultural institutions in Wrocław (The Grotowski Institute), Warsaw (Powszechny Theatre), Krakow (The Juliusz Słowacki Theatre) and supports initiatives of young, debuting artists. The first goal of the theatre is to stage Trilogy of War in cooperation with various directors.