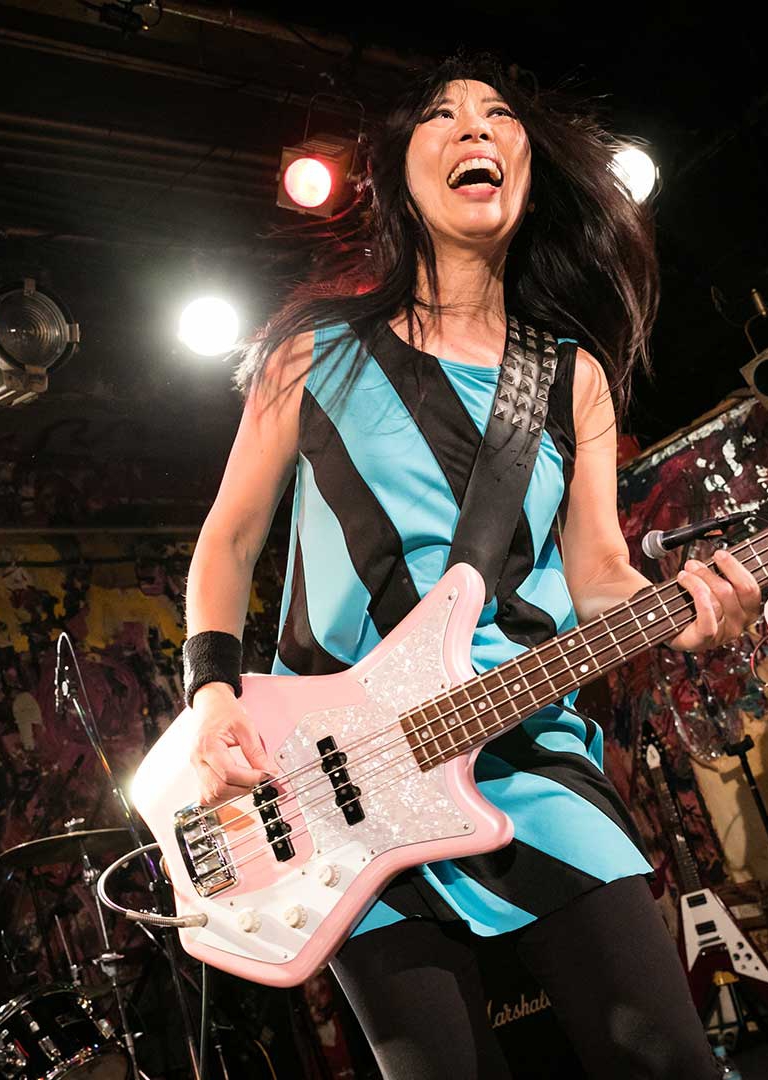 Shonen Knife - from Osaka, Japan - formed in 1981 by sisters Naoko & Atsuko, long before terms like ‘riot girrrl’ and ‘girl rock’ entered the lexicon, the all-female trio were happily snapping guitar strings to the sound of imported Ramones covers.

When I finally got to see them live, I was transformed into a hysterical nine-year-old girl at a Beatles concert. - Kurt Cobain

Like fellow cult Japanese girl group The 5,6,7,8s, Shonen Knife have weathered decades of musical change by adhering to what they know best: belting out their own infectious brand of feelgood pop-punk. Over the last 37 years they might not have packed out out stadiums but have been credited as a huge influence on alt rock acts from Sonic Youth to Nirvana Despite years on the road, their enthusiasm for live performances remains a joy to see as they delve into an extensive back catalogue ranging from solid thrash rock through to hit parade melodies.

But key to their success has been a disarming, often slightly surreal, take on their punk and rock influences - and with songs titled Tortoise Brand Pot Cleaner could they ever be accused of taking themselves too seriously?

Read all
[COPY] [COPY] A Supposed Miracle, or Cracovians and Highlanders Agamemnon Ameri cane Balladyna Black Parrots Boleslaus The Bold Dragon! Fables for Robots Fantasy about Little Ludwig Fern flower God of Carnage Hamlet I Am Happy and Laughing till I Cry Into the Fire! Jacquerie Love My Stay’s Almost Over and I’m Still Alone Mysteries of the 1900 Wedding Old Testament – Reanimation On Cats Plastic Polish-Russki War under the White-and-Red Flag Revenge The Doll The Imaginary Invalid The Name of the Rose The Resistible Rise of Arturo Ui Theatre in Krakow. Prologue Three Women Wanda Wyspiański. Concert