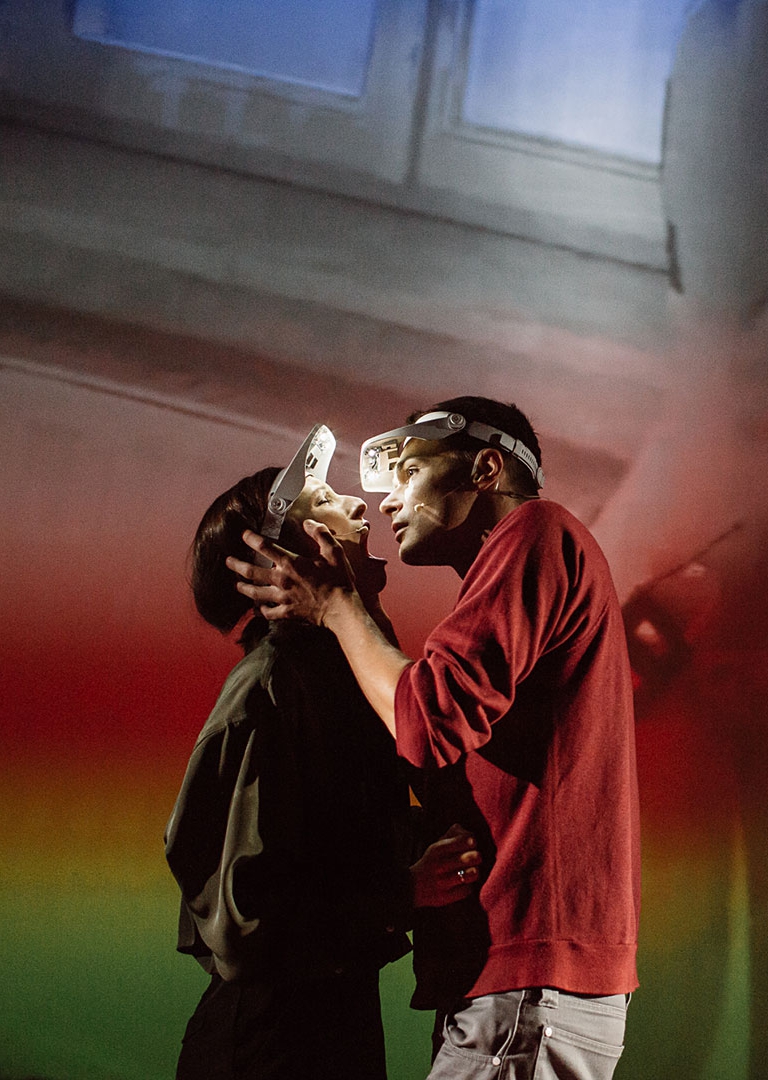 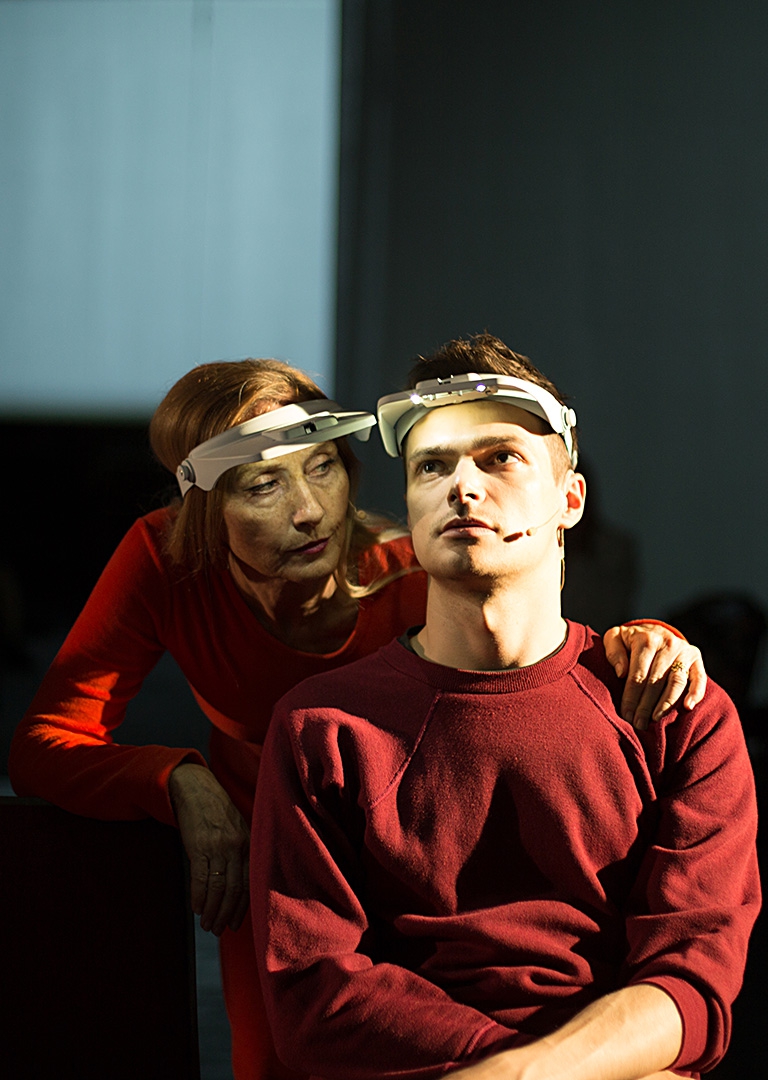 In Alejandro Moreno Jashés' Black Parrots, the protagonist's eyes at the moment of ecstasy or a heart attack refuse to cooperate and, turning their backs on the world, begin their journey deep into the human body. However, there is no inner light in the human body, only darkness, which – contrary to the logic of sight – becomes a source of subsequent ecstasies for the two eye balls.

Black Parrots is a theatrical composition in which the surreal and poetic text of Alejandro Moreno Jashés turns into the score of a film, a story about another journey to a psychiatric hospital near Krakow. Together with former patients, we experimented with reverse logic, acting out the disease, asking questions about why schizophrenics are actually considered mad and why the disease itself is treated as a taboo.

The play in the Krakow's theatre was created at the crossroads of text and collective experience. 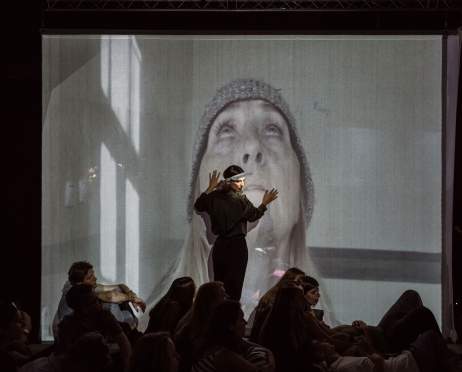 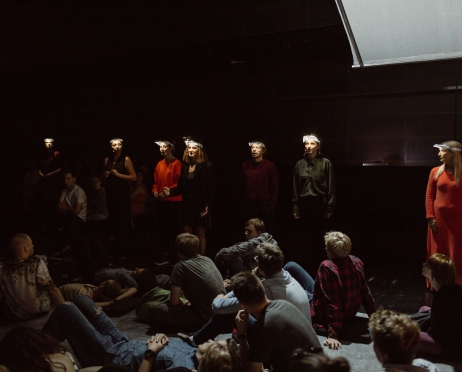 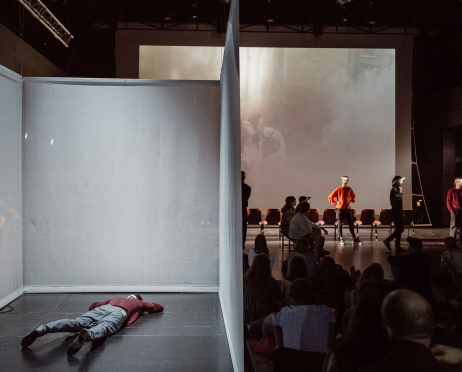 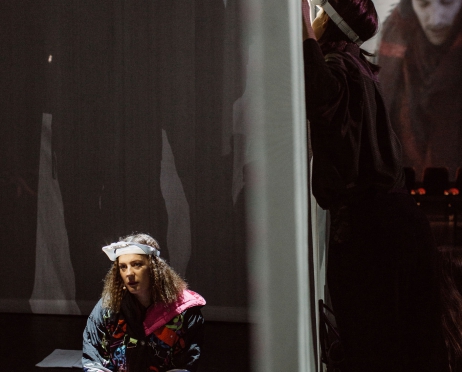 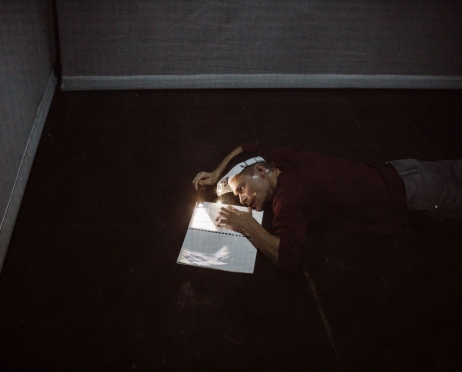 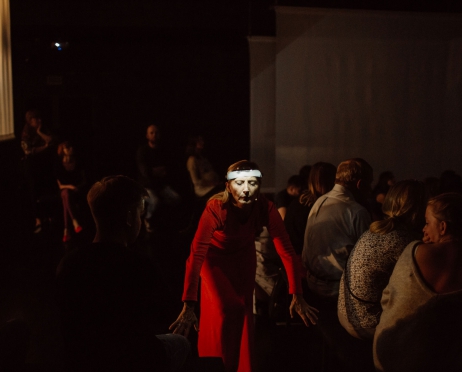 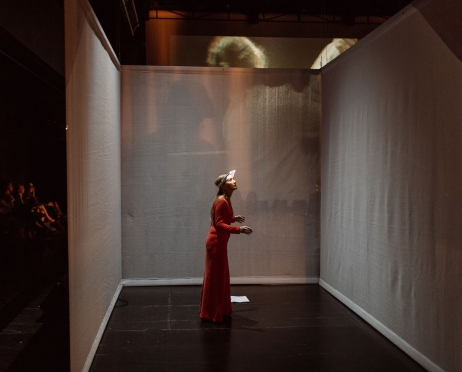 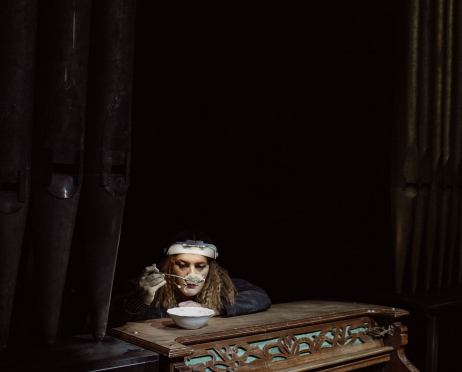 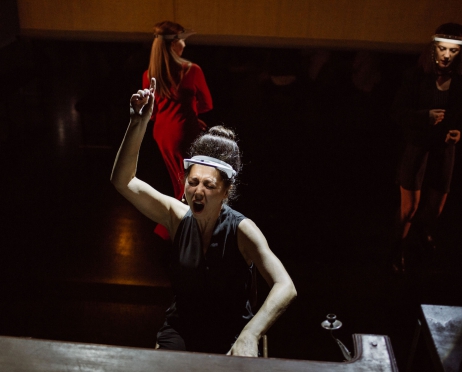 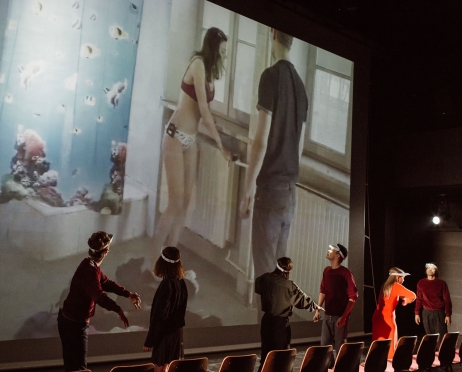 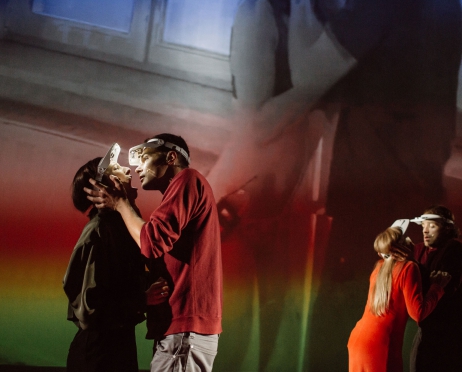 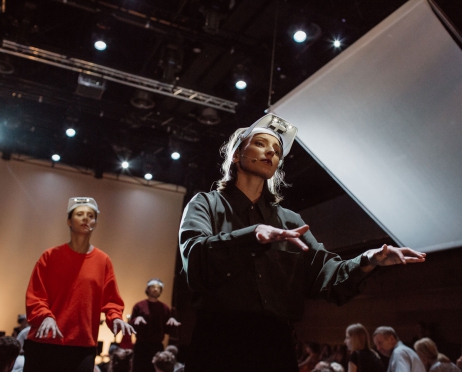