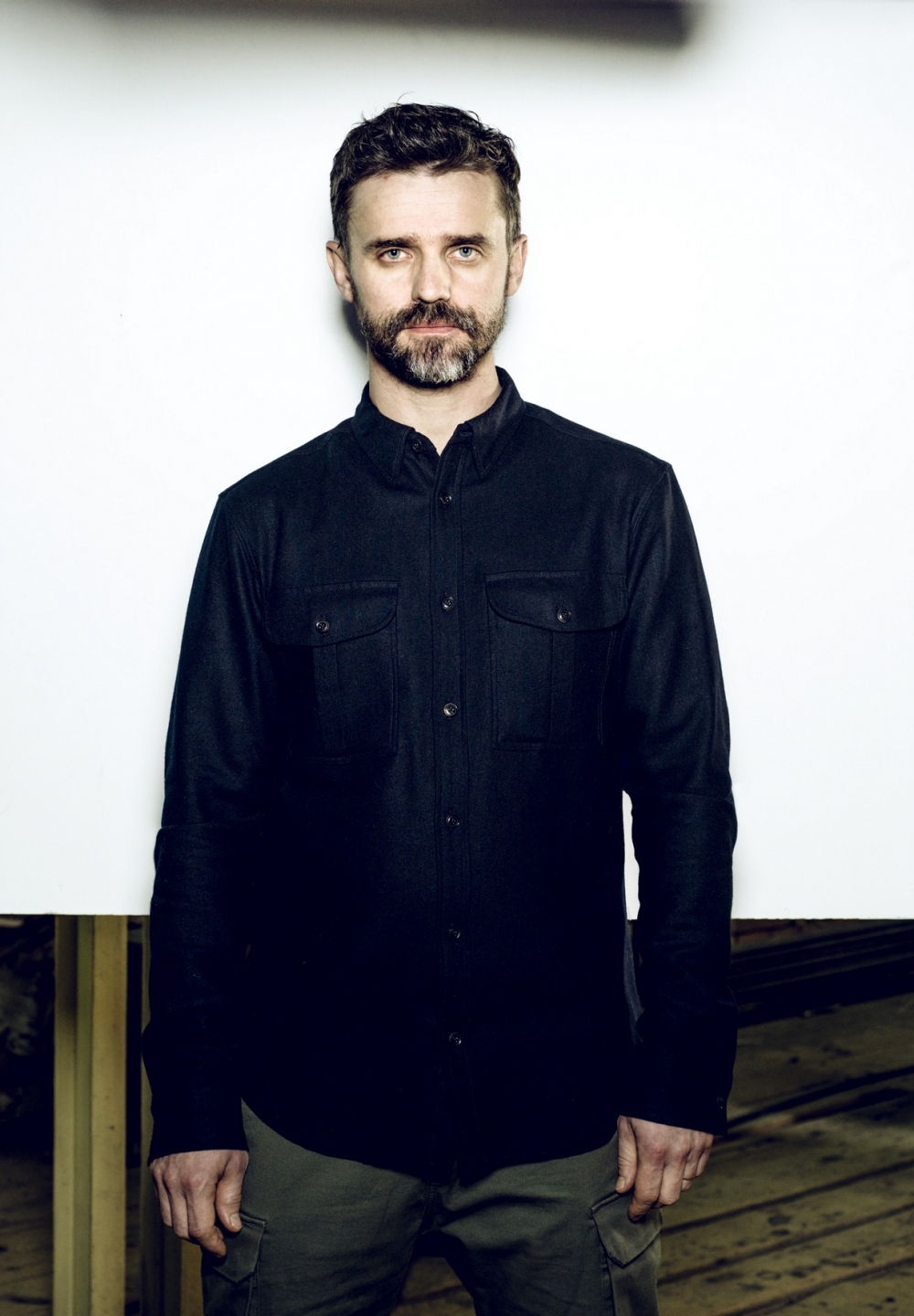 Not so long ago, a lady at the Tax Office desk asked me:
- Your profession?
I replied:
- Actor
And she wrote it down, just like that.
And once again I stood there, astonished... ‘actor’.

Born in 1975 in Białystok. In 1999, he received his graduating diploma from the PWST National Academy of Theatre Arts in Krakow for his roles of the Groom in A Respectable Wedding (directed by Tadeusz Bradecki) and Krogstad in Nora (directed by Jan Peszek). While still a student, he began his five-year-long cooperation with the Stary Theatre; he made his debut as Stukonis in the adaptation of Zbigniew Uniłowski’s Wspólny pokoj [Common Room] (directed by Iwona Kempa, 1998). He also served as Bradecki's assistant in The Resistible Rise of Arturo Ui. Between 2007 and 2009, he performed at the Bagatela Theatre, where he still makes guest appearances.

He played in Łaźnia Nowa, the STU Theatre and the Adam Mickiewicz Theatre in Częstochowa. The Bagatela Theatre cast him inThe Glass Menagerie, Othello, Napis [Inscription] and The Trial. Since 2009 he has been a full time actor of The Słowacki Theatre, where he was cast in such plays as: Patrick Marber’s Closer directed by Redbad Klijnstra (as guest in 2008), Juliusz Słowacki’s Beatrix Cenci directed by Maciej Sobociński (2009), Yasmin Reza’s God of Carnage directed by Marek Gierszał (2010), William Shakespeare's The Tragedy of Macbeth directed by Redbad Klijnstra (2010), Albert Camus’ The Stranger directed by Anna Smolar (2012), Shelagh Stephenson’s Enlightenment directed by Paweł Szumiec (2012), Neil LaBute's In a Dark Dark House directed by Marcin Hycnar (2013), Maciej Wojtyszko’s The Birth of Friedrich Demuth (2014), Carlo Collodi’s Pinocchio directed by Jarosław Kilian (2015), William Shakespeare’s Romeo and Juliet directed by Marcin Hycnar (2015), Stanisław Wyspiański’s Liberation directed by Radosław Rychcik (2017), Aleksander Fredro's Revenge directed by Anna Augustynowicz.

On 23 April 2012 – the 448th anniversary of Shakespeare's birth – Andrzej Wajda invited him to Gdańsk to recite Hamlet at Długi Targ. Together with Magdalena Walach he acts in a play d o w N_U S (directed by D. Starczewski) produced by the Association for the Development of Children's Personalities ‘Graal’. He performs in popular TV series (Przystań [Harbour], Na dobre i na złe [For Better, For Worse], Rezydencja [Residence], Julia) and in Television Theatre (Monolog o śmierci [Monologue on Death], directed by J. Skoczeń, 2000). At the Krakow Philharmonic, he sang the part of the moon in a children's musical The Incredible Journey of Mr Coat-hanger byMarcin Błażewicz (2011).

based on the movie "The Act of Killing" Joshuy Oppenheimera 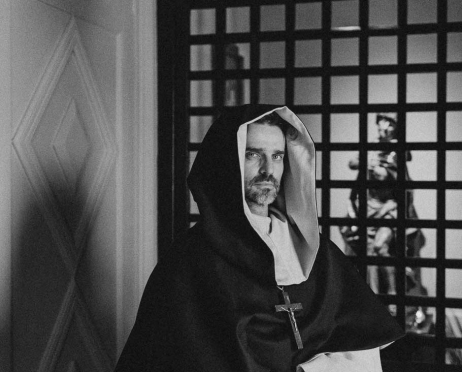 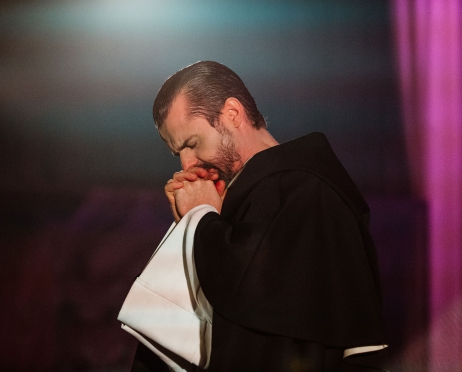 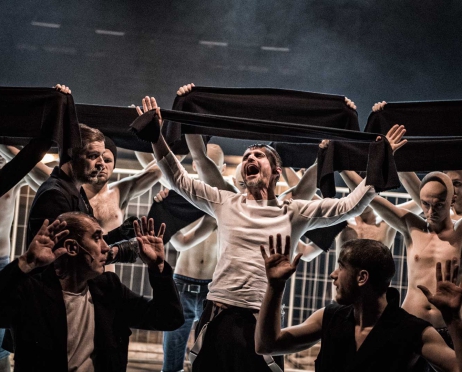 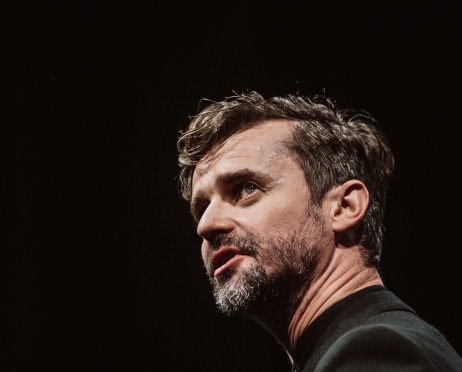 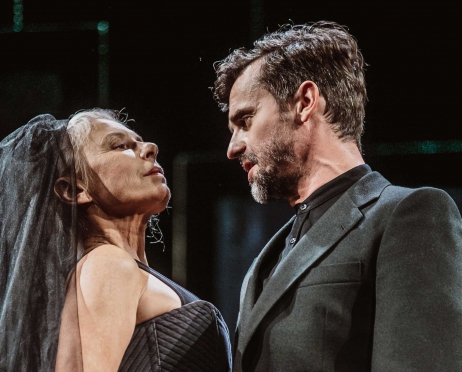 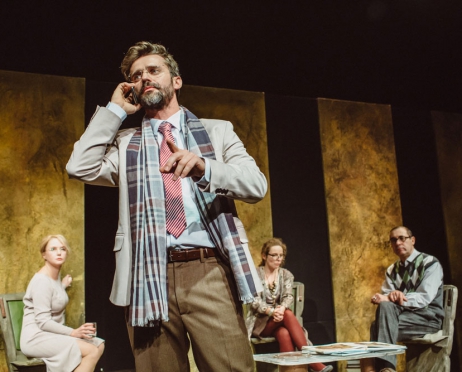